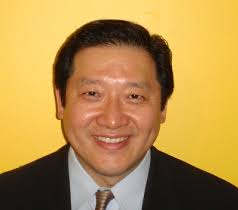 Dr. Yu has rotated through the following prestigious Cancer Hospitals under the mentorship and tutelage of the top oncology specialists in America:

Prior to joining Eastchester for Cancer Care, Dr. Yu served as Clinical Director of Radiation Oncology at Cancer Care of Western New York in Jamestown. He has also served as Chief of Good Samaritan Hospital Medical Center’s Radiation Treatment Center in West Islip, NY. Prior to this, Dr. Yu was an attending Radiation Oncologist at Montefiore Medical Center in the Bronx, NY and at WCA Hospital in Jamestown.

An alumnus of Yale University in Connecticut, Dr. Yu graduated with honors, earning his degree in Molecular Biophysics and Biochemistry. He received his medical degree from New York’s Stony Brook School of Medicine. He continued his medical training with an internship in internal medicine at Winthrop University Hospital in Mineola, New York, and residency in Radiation Oncology at Beth Israel Medical Center in New York, where he also served as Chief Resident.

The Founder of Cancer Life Prolongation Project, a philanthropic organization to educate not only cancer patients but the general public, Dr. Yu has published numerous articles in the areas of breast, head and neck, soft tissue carcinoma, metastatic and other cancers. He has presented his work at many national and international conferences.

Dr. Yu is an active member of the American Society for Therapeutic Radiology and the New York Roentgen Society.

Dr. Yu has been fortunate to have been mentored by, worked with and collaborated with some of the top cancer specialist in the United States and World Wide:

Dr. Bhadrrasain Vikram – Chief of the Clinical Radiation Oncology Branch at the NCI. 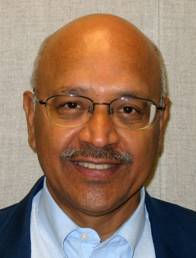 Dr. Vikram personally trained Dr. Yu during residency and was instrumental in shaping the clinical acumen and therapeutic expertise of Dr. Yu.  Dr. Vikram received his medical degree from the University of Delhi and trained in radiation oncology at Memorial Sloan-Kettering Cancer Center in New York City. He subsequently served on the faculties of Memorial Sloan-Kettering, Cornell University Medical College and Mount Sinai School of Medicine. From 1992-2003 he served as Professor and University Chair of the Department of Radiation Oncology at the Albert Einstein College of Medicine and Radiation Oncologist-in-Chief at the Montefiore Medical Center in New York City.

From 2003-2006 he served on the ACGME Residency Review Committee for Radiation Oncology. He has authored over 150 scientific publications and was listed as among the 1000 ‘Best Doctors in America’ by American Health magazine, a Reader’s Digest publication.

From 2002-2006 he worked at the International Atomic Energy Agency of the United Nations in Vienna, Austria, helping to establish or upgrade cancer therapy facilities in about 100 low and middle income countries, and founded the Program of Action for Cancer Therapy (PACT). In 2005 he shared in the Nobel Peace Prize awarded to the IAEA whose contribution to global cancer control was cited by the Nobel committee.

Since 2006 he has served as Chief of the Clinical Radiation Oncology Branch at the NCI, overseeing a portfolio of clinical research grants within the Radiation Research Program as well as assisting the Cancer Therapy Evaluation Program and the Coordinating Center for Clinical Trials with NCI’s cooperative clinical trials groups program. He also continues his work on improving cancer prevention and control worldwide. 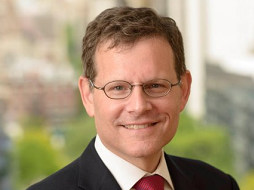 Dr. Hudis mentored Dr. Yu during his medical oncology rotation at Sloan Kettering Cancer Center during residency.  Cliff Hudis, M.D. is a world renown expert in breast cancer and served as Chief of the Breast Medicine Service at Sloan Kettering from 1998 to 2016 when he became the CEO of the American Society of Clinical Oncology. 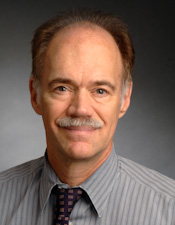 Dr. Mauch mentored Dr. Yu in lymphoma treatment during his radiation oncology rotation at the Joint Center for Radiation Therapy, Boston.  Dr. Peter Mauch received his MD from St. Louis University in 1974, and completed his residency at the Harvard Joint Center for Radiation Therapy. He joined DFCI and Brigham and Women’s Hospital as a staff physician in 1978. His expertise and research focus is on Hodgkin’s disease and non-Hodgkin’s lymphomas plus stem cells/ autologous bone marrow transplantation. 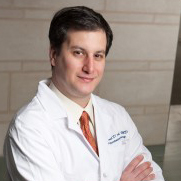 Dr DeAngelica has collaborated with and shared mutual patients with Dr. Yu in GI cancers through consultations and discussions. Dr. DeAngelica holds the Enid A. Haupt Chair in Surgery at Sloan Kettering and serve as Vice Chair of the MSKCC Research Council, is Program Director for training fellowships in Surgical Oncology and Hepatopancreatobiliary Surgery. He is Vice Chair of the National Comprehensive Cancer Network (NCCN) panel on Clinical Practice Guidelines in Hepatobiliary Cancers. 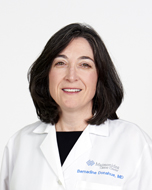 Dr. Donahue is a preminent brain tumor expert who has served on the Brain Tumor Committee of the RTOG,  She is Clinical Associate Professor of the Department of Radiation Oncology  and has multiple
Board Certifications in Radiation Oncology, Internal Medicine and Palliative Medicine.  She was trained at NYU and Boston.  Dr. Donahue has special expertise in pediatric radiation oncology as well.

Dr. Yu rotated through Memorial Sloan Kettering Cancer Center during residency with Dr. Portlock.  Carol Portlock, M.D. as been a pioneer and specializes in the care of patients with Hodgkin and non-Hodgkin lymphoma, and she is board-certified in internal medicine and medical oncology. She collaborates with her colleagues to conduct clinical trials aimed at improving the outcome of patients with these diseases through the development and evaluation of new treatment regimens. She has become internationally known in her field, having served as a previous member of the Board of Scientific Counselors of the National Cancer Institute and the Oncologic Drug Advisory Committee of the US Food and Drug Administration. 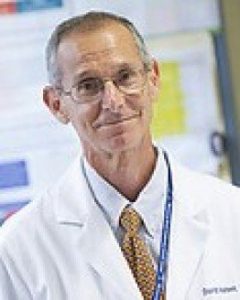 Dr. Yu rotated through Memorial Sloan Kettering Cancer Center during residency with Dr. Kelson. Dr. Kelsen is a board-certified medical oncologist with clinical and research interests in the field of gastrointestinal malignancies. His clinical practice includes care of patients with gastrointestinal cancers, neuroendocrine tumors, and cancers of unknown primary site. He is a attending physician on the Gastrointestinal Oncology Service, which he served as Chief from 1991 to 2011. Dr. Kelsen also serves on Memorial Sloan Kettering’s Research Council, which oversees the clinical research portfolio, among other committees. 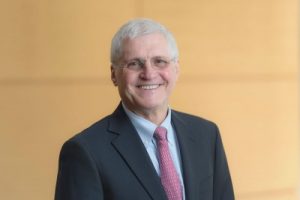 Dr. Yu rotated through Memorial Sloan Kettering Cancer Center during residency with Dr. Kris.  Dr. Kris is a medical oncologist who specializes in the care of people with cancers arising in the lungs. His research aims to discover better treatments for individuals with lung cancers by studying the genetic characteristics of their tumors. Dr. Kris also leads a research team working to find new genetic targets in cancer cells, and to test anticancer medicines that specifically attack the lung cancers driven by these molecular changes.  He works with surgeons and radiation specialists to find the best ways to use surgery, radiotherapy, and drugs together to increase the chance of cure. 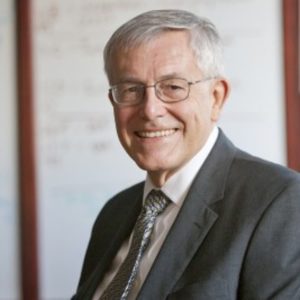 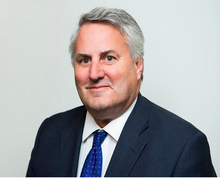 Jay Loeffler, MD, is chief of the Department of Radiation Oncology at Mass General and the Herman and Joan Suit Professor of Radiation Oncology at Harvard Medical School. An authority on the treatment of benign and malignant brain tumors, he was recruited to Mass General in 1996 to be the director of the current Francis H. Burr Proton Therapy Center, the 2nd hospital-based proton therapy center in the nation. 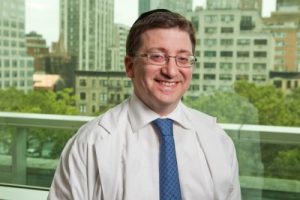 Mike Zelefsky is a board-certified radiation oncologist and co-leader of Memorial Sloan Kettering’s Genitourinary Disease Management Team — a multidisciplinary group of physicians who work together to treat patients with urologic malignancies.  He is also Editor-in-Chief of Brachytherapy and has received several awards including the Boyer Award for Excellence in Clinical research and the Outstanding Teaching Award in the Department of Radiation Oncology at Memorial Sloan Kettering.

Dr.  Monge is a radiation oncologist and a close friend, confidant and mentor who has known and worked with Dr. Yu for decades.  His teaching and philosophy has laid the foundation of Dr. Yu’s belief and philosphy of always treating the patients as if they are youself or a family member/friend.  This has carried Dr. Yu though the years and is likely responsible for the terriffic results his patients enjoys.

Dr. Cohen is a surgeon with special surgical oncology fellowship training at Memorial Sloan Kettering Cancer Cancer in NYC. He received his medical degree from Icahn School of Medicine at Mount Sinai and has been in practice for more than 20 years.  Dr Yu has worked with Dr. Cohen for  more than a decade and have shared many patients.  They are good friends and play tennis together. 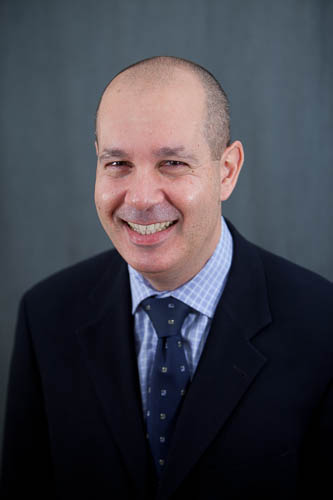 Dr. Tarek Elrafei is the chief of Oncolgy at Jacobi medical center and is affiliated with multiple hospitals in the area. He received his medical degree from Nova Southeastern University College of Osteopathic Medicine and has been in practice for more than 20 years. 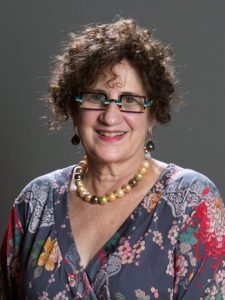 Dr. Shapiro serves as the Director of Breast Surgery at the Eastchester Center for Breast Care, a division of New York Cancer & Blood Specialists. She was an assistant clinical professor in the combined departments of surgery at the Jack D. Weiler Hospital of the Albert Einstein College of Medicine and the associate director of surgery at the Jack D. Weiler Hospital. Dr. Shapiro is a graduate of Albert Einstein College of Medicine. She interned and did her residency at Montefiore Hospital Medical Center, where she was the first woman to complete the general surgery residency. She also introduced the technique of laparoscopic cholecystectomy at the Jack D. Weiler Hospital. She is certified by the American Board of Surgery, and is a fellow of the American College of Surgeons. 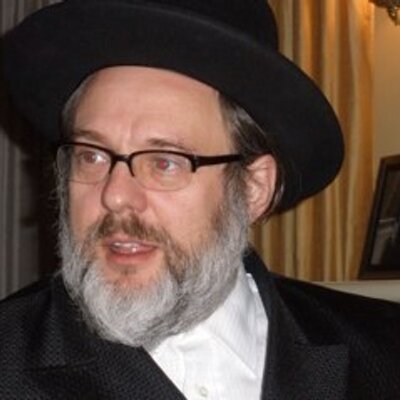 Dr. Hoffman is an innovative Medical Oncologist who has worked closely with Dr. Yu for many years.  He completed his oncology fellowship training at Memorial Sloan Kettering Cancer Center.  He graduated from George Washington University School of Medicine in 1989 and completed Internship and Residency at Albert Einstein College of Medicine.  He has special expertise and interest in breast oncology and uses innovative and cutting edge methods to treat cancer patients. 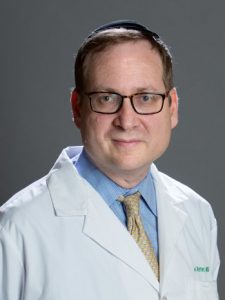 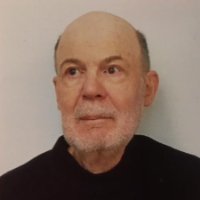 Dr. Bruckner received his B.S. from Brooklyn College and M.D. from Albert Einstein College of Medicine. In addition to postdoctoral training at both Albert Einstein College of Medicine and Yale University School of Medicine, Dr. Bruckner has also held several academic appointments at the Mount Sinai School of Medicine and State University of New York (SUNY) Downstate Brooklyn NY School of Medicine.  Dr. Bruckner has been a member of over 20 national professional societies and committees, a consultant and reviewer for numerous professional journals and pharmaceutical and biotechnology companies, co-authored over 150 peer reviewed reports and articles, numerous book chapter and abstracts and is an often invited speaker for various symposia and lectures.